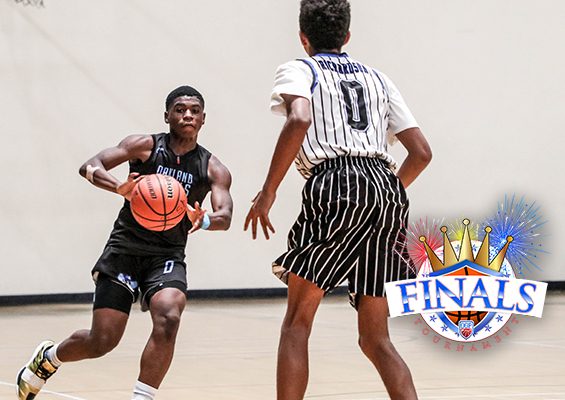 Anaheim, CA – Open Gym Premier’s Finals tournament once again brought together some of the top ranked teams on the G365 circuit. Like always, this year’s winners made a big jump in the rankings at the conclusion of the event.

The 7th grade open division featured 16 teams, seven of which are ranked in the G365 Top 25. The Truth OC overcame an early pool game loss to G365 #7 Fresno Swoosh Elite by winning four games in a row including a championship victory over SD Bulldogs 56-37. The Truth OC moved up to #5 on the G365 rankings. Other teams that finished in the G365 Top 25 were, Fresno Swoosh Elite #7, I805 Future #8, Oakland Rebels #14, SD Bulldogs #15, 7 Days #16, and Team Dojo #17. The 7th grade All-Tournament team included, MVP, Elzie Harrington from The Truth OC, Joe Angel Cruz from Future, Marcel Pierre-Louis from Oakland Rebels, Tyler Hunt from 7 Days, and Armon Damani from SD Bulldogs.

The 6th grade open division featured G365 #1 OneVision and then everybody else. OneVision continues to prove they are the best team on the circuit and it may not even be close. Other teams that finished ranked in the G365 circuit included, IE Supreme #10, Team Eleate #11, OGP HQ Black #12, IEBP Blue #13,
One Vision’s, Solomon Bailey, one of the most athletics players in his class, earned MVP honors. The 6th grade All-Tournament team included, Evan Nayvack from IEBP, Trent MacLean from CVBC, Sebastian Demano from IE Rain, and Jaden Landrum from IE Supreme.

The 4th grade gold division was exciting in which came down to a match-up between #2 G1 Elite and #7 Vegas Elite in the championship game. MVP, Carter Barnes, continued his excellent play by hitting big 3’s and hitting teammates for open looks to lead his team to a 40-34 victory in the championship game. G1 Elite also defeated rival G365 #3 in the semi-final game. The 4th grade All-Tournament team included, OJ Popoola from Vegas Elite, Marquiss Pless from Sky Riders, Darrell Bagsby from The Truth, and Nicholas Williams from AZ Phenoms.

In the 2nd grade division, Arizona’s Gymrats breezed through the competition as they defeated G365 #6 to take home a championship victory. The AZ Gymrats moved to #5 on the G365 circuit and are in position for the #1 spot as the season continues into the summer. Dominic Alexander earned MVP honors. The 2nd grade All-Tournament team included, Miles Ware from FRO, Chris Ambrosio from Burbank Raptors, Jayden Chang from SGV, Bryce Bible from OGP HQ and Camden Geotz from ESC.