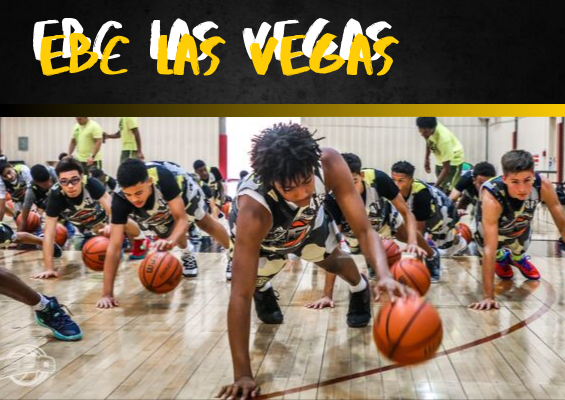 Las Vegas, NV – The first stop of the Elite Basketball Circuit 2019-20 season led us to Las Vegas where there continues to be a tremendous amount of talent in the youth basketball community. This year, 2024 Taj DeGourville is the latest to emerge as one of the up and coming future stars. The 6-foot-3 guard, who recently led City Ballers to the 2019 Jr. NBA World Championship and had an outstanding all-around offensive performance via scoring, passing and offensive rebounding. DeGourville’s performance earned him a spot on the upcoming G365 Player Watchlist.

Here are the top ten players that stood out at EBC Las Vegas:

• 8th Grade Camp MVP, Taj DeGourville of Vegas Elite, validated his status as one of the top players in his class with an excellent all-around performance.
• 7th Grade MVP, Tremayne Anderson of Vegas Elite, dominated the paint with his length and high energy. The 6-foot-2 wing has also developed his offensive skills over the past year and showed potential for perimeter scoring.
• 6th Grade MVP, Timothy Anderson of The Truth OC, has always had a knack for scoring, but it was great to see his overall development as a more efficient playmaker that looks to get his teammates involved.
• 2024 guard Ryder Elisaldez of Vegas Elite appeared to be the most polished offensive player in the camp. The 6-foot-3 guard is a terrific finisher and can knock down a jumper from anywhere on the floor.
• 2024 forward Adonis LaFleur of Chosen Few operated as the toughest player to cover in the paint. LaFleur, although raw, has a nice combination of strength and footwork when operating in the paint.
• 2024 Russell Gibson of Vegas Elite did the all the things needed from a lead guard to win games. He knocked down jumpers and played with above level IQ and decision-making ability.
• 2024 Alijah Adem of Chosen Few can always be counted on to compete at a high level on both ends. The 6-foot-1 guard, who recently earned Top 5 at the EBC/Ballislife Jr. All-American Camp honors, scored with effortless feel and involved teammates.
• 2025 Jevon Yapi of Las Vegas Soldiers displayed a tough competitor streak that overwhelmed opponents and led to his high-energy scoring streaks.
• 2025 DeMarco Johnson of One Vision played with tremendous energy and displayed an ability to lead a high level on both ends of the floor.
• 2025 Tremmell Darden Jr. of Custom Made Elite has developed into a solid playmaker and on-court leader. Darden excels at finding creative ways to get his teammates the ball in scoring positions.

Recap from this weekend at #EBCLasVegas 🔥🔥 Great way to kick off the new season!

A post shared by Elite Basketball Circuit (@elitebasketballcircuit) on Sep 17, 2019 at 4:21pm PDT