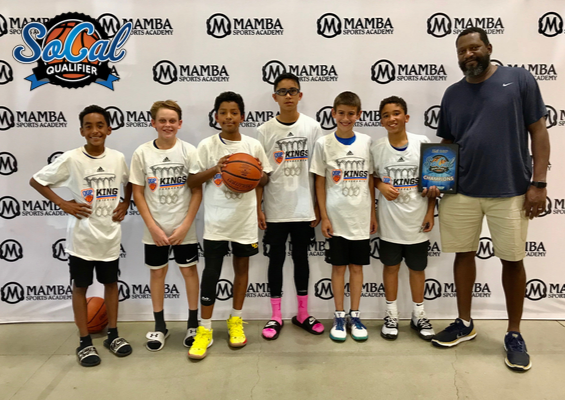 Thousand Oaks, CA – Born 2 Ball 12U went into last weekend’s G365 SoCal Qualifier as the third seed behind YouBall and SB Magic Red. However, even though they lost their first pool play game to SB Magic 46-49, it was apparent that Born 2 Ball was a team good enough to compete at the same level as other top G365 SoCal teams. Their next three games did little to prove us wrong as they pulled off three consecutive victories. First, they defeated San Diego Sol 50-30 to put themselves in position to compete for a championship if they could defeat YouBall. While against YouBall, Born 2 Ball put out a great defensive effort that led to their 35-29 victory and a chance to avenge their Saturday loss to SB Magic Red. It was in the championship game that Born 2 Ball put it all together and came away with a 48-33 championship victory. Joshua Lowery earned MVP honors for his outstanding play.