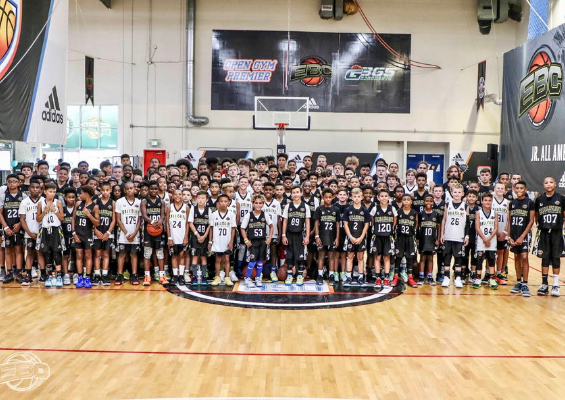 Anaheim, CA – The EBC Exclusive event kicked off the 2019 Ballisife EBC Junior All-American Camp weekend for the second consecutive year. The EBC Exclusive event was created to give regional Top Performers an opportunity to compete and showcase their game a day ahead of the camp. Over 120 players attended this year’s event and plenty made a lasting impression.

• 2023 Kayden Lamebull-Ingram (Alaska): Kayden took over the final five minutes by asserting himself on both ends of the floor. His ability to score from all levels and apply full-court pressure made him our pick for Top 2023 EBC Exclusive Performer.

• 2023 Matthew Schroeder (Sacramento, CA): “He is a man among boys” is how Coach Mazarei described him right before Schroeder stole the ball and scored over the top of his defender. “Schroeder can shoot, has a great motor and will wear down his opponents.”

• 2024 Ben Roseborough (Sacramento, CA): Ben has an impressive feel for the game that at times can make it appear as if he is not going 100%. Fact is, he attacks his opponents methodically and brings the heat when necessary as he did when he threw down a rim-rattling dunk near the end of the game.

• 2024 Seven Bahati (Los Angeles, CA): Seven teamed up with Ben Roseborough to form one of the better backcourt combos we’ve seen in years at this camp. Seven is flashy but competes hard and is a great at dishing dimes to teammates. Look for Seven to spice up Saturday’s dunk contest.